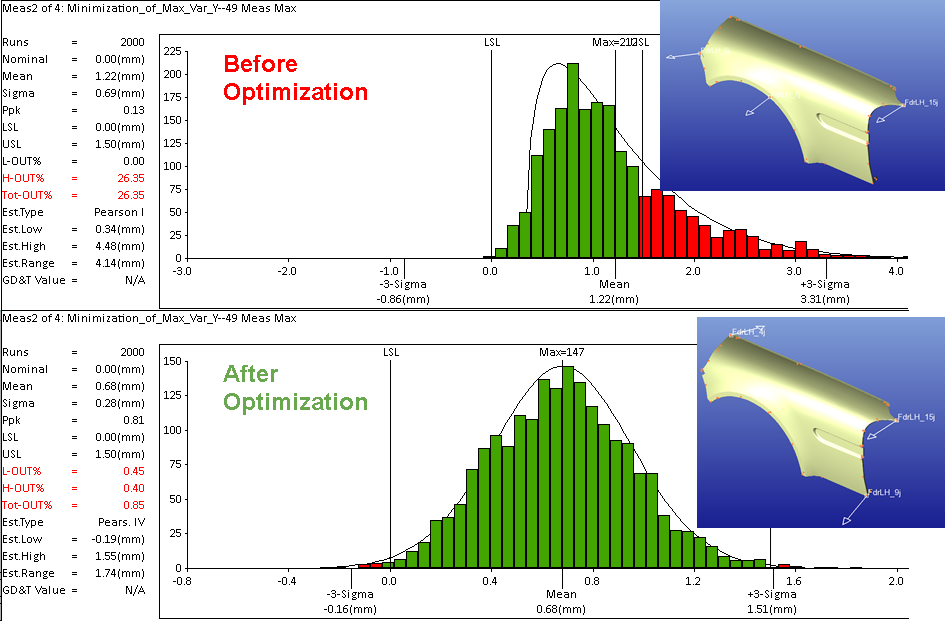 DCS is hosting a webinar on Thursday, October 29th to demonstrate the new Datum Optimizer feature in the AAO Advanced Analyzer and Optimizer Add-on for 3DCS software

The NEW 3DCS Datum Optimizer is a tool using a genetic algorithm to determine the optimal datum features from a candidate set with the goal of minimizing the rigid part variation or compliant part deformation.

Using Datum Optimizer during the design stage and prior to production, users can eliminate or minimize mechanism rework and tuning by selecting the best datum features while increasing confidence in passing Gage Repeatability and Reproducibility (Gage R&R) studies.

Improper selection of datum features during manufacturing and assembly can cause severe quality problems. It may turn all the work and effort in optimizing and designing quality parts, accurate dimensioning, and tolerancing into an imperfect assembly.

Why Use 3DCS Datum Optimizer instead of other methods?

Datum Optimizer is an easy-to-use tool, which does not require any moves (Assembly Definition) or tolerances created by the users. For a rigid part, it only requires a single part with a set of candidate points. For a compliant part, besides the part and candidate points, it requires Finite Element Analysis (FEA) files to be ready since it involves FEA calculations (FEA Compliant Modeler Add-on).

The Problem of Assembly Variation

With modern manufacturing levels reaching close to the precision-control limit, there is not much room to further reduce variation on the part level. There is, however, still room for improvement in the overall assembly quality by optimizing operations such as assembly sequence, fixture locations, and key control characteristics.

Industry research shows that the positions of fixture locators play a crucial role in reducing sheet metal assembly variation given both part and fixture variation.

To support both of these optimization operations, DCS has launched a product named Sequence Optimizer to improve dimensional quality of assembly and throughput by reordering weld or clamp sequence, while also minimizing the travel distance of the weld gun or clamp operation. This new product, Datum Optimizer, is aimed at reducing rigid part variation or compliant part deformation caused by gravity and clamp operation, by finding the optimal datum features from a candidate set.

Improper datum locations can cause large variation, unexpected mean shifts, and distort the part in certain conditions. Both mean shift and variation can cause a significant increase in the percentage of assemblies out of specification and adversely affect Process Performance (Ppk).

A Quick Example of Datum Optimizer

To demonstrate, the process of locating a fender to a fixture using a 3:2:1 locating scheme was simulated in 3DCS Variation Analyst Software. As shown in the top histogram in Figure 1, using initially selected primary datum features, the model produced a non-normal distribution with large out-of-specification range. Alternatively, as shown in the bottom histogram, the model using DO-optimized datum locators produced a normal distribution with a high Ppk value, and much lower risk of out-of-spec

This example shows how important the proper datum features can be in the process of assembly.

Datum Optimizer has two functionalities in the current version. One is for a rigid part and another one is for a compliant part.

This function will find the three optimal primary datums to locate a rigid part to a fixture. To achieve this, DO uses a step-plane move, applies a constant ± tolerance on target features, and measures point variations over the part to minimize the variation resulting from target locator tolerance.

Flexible parts, especially large sheet metal such as automotive hood or airplane skin, may need more than 3:2:1 locating scheme to control the large deformation and pass Gage R&R. In contrast, adding more locators than necessary drives cost up with no significant value.  Datum Optimizer reduces cost by finding the gain-cost relationship in terms of part deformation versus the number of optimal clamps. 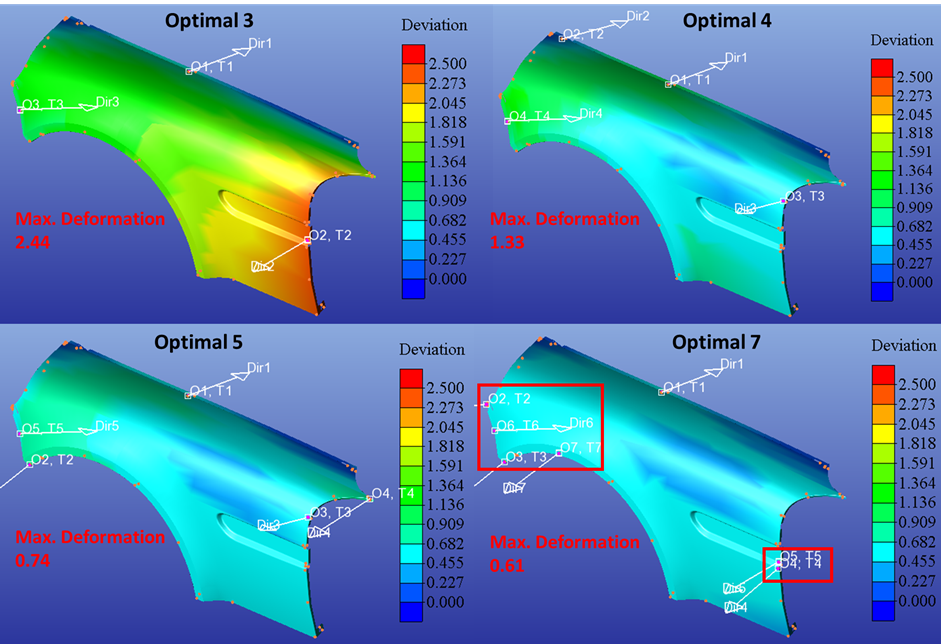 Datum Optimizer is a tool to find the optimal datum features for manufacturing and assembly processes, which does not require any moves or tolerances created by users. It only requires a single part with a set of candidate points and FEA files if conducting compliant deformation. Using Datum Optimizer during the design stage and prior to production, users can eliminate or minimize the rework or tuning mechanisms to select the proper datum features and have high confidence in passing Gage R&R.

As shown in the demonstration example, Datum Optimizer not only tells users where the optimal locations are but also suggests when to stop adding more locators due to diminishing returns.

Sign up for the DCS Webinar showcasing Datum Optimizer