Starting from the beginning: how does dimensional variation affect fuel efficiency? 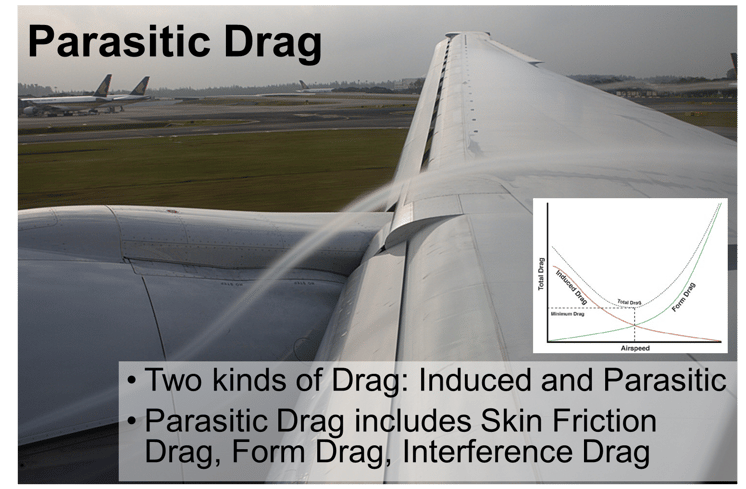 This blog focuses on just Skin Friction Drag, and how dimensional variation can affect it. 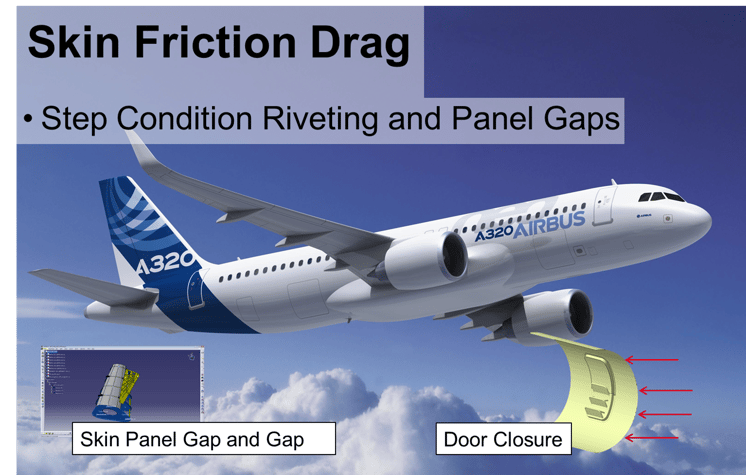 As noted, increasing drag increases the amount of fuel used over the life of the aircraft. This reduces the overall fuel efficiency of the plane. Different conditions, however, contribute to this value differently. A door's closure and overall flush condition will have a smaller impact than a large gap on an airfoil.

Using CATIA and 3DCS, the engineering team simulated variation on an airfoil and tailfin model. Applying Monte Carlo Analysis, builds within given design specifications were virtually created and assembled.

NOTE: Additional metrics (Pp, Cpk) were turned off for this study. For more information on 3DCS Analysis results, see http://www.3dcs.com/getting-started-3dcs-dimensional-analysis.html 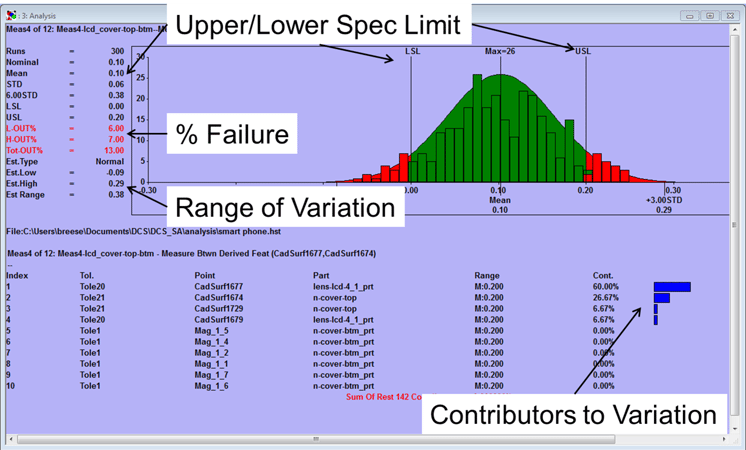 Two studies were completed to test the theory. Based on existing models, estimated effects of two condition sets were calculated.

These are based on a study of an Airbus A330 over 3000 miles, and are presented as examples of process, and not actual studies on the given product. 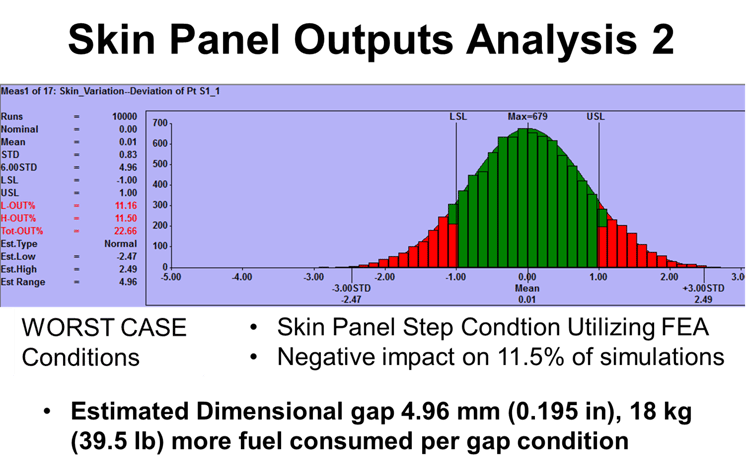 3DCS Variation Analyst allows the user to input equations that can be used to determine indirect outputs from dimensional data. Fuel Efficiency is one example of an indirect output. With the aid of Aerospace Engineers and a complete study, this process can deliver more complete results.

It is often asked, how close are your simulations to reality?

This of course is based on how much effort went into the simulation. A basic simulation using rigid body moves can give quick results with relatively good accuracy (approx. 70%). In order to get more accurate results, more involved simulation is required, such as incorporating flexible parts and Finite Element Analysis.