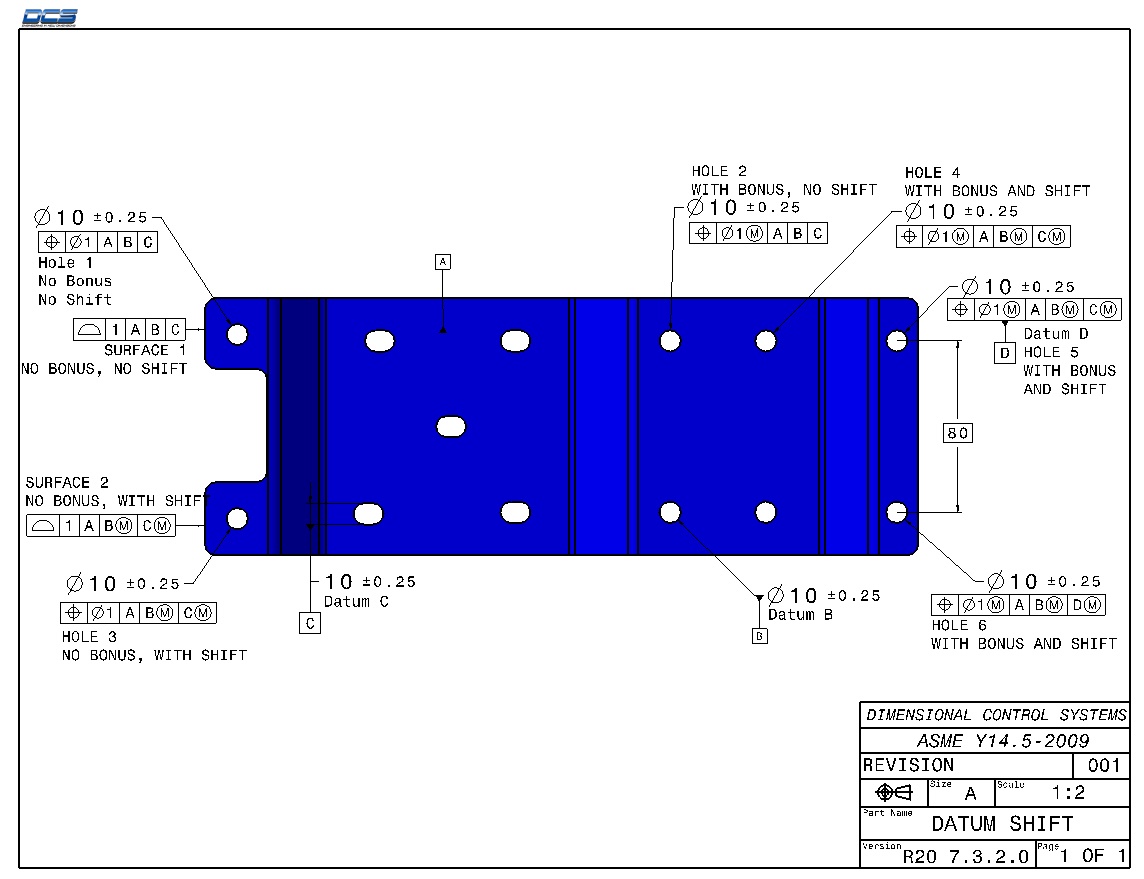 Datum Shift refers to the available assembly clearance of a part when located in a fixture for gauging.

When a datum in a datum reference frame (DRF) is specified at MMC/MMB, the datum feature simulators (e.g. gage pins) will be made as though the datum features are at their MMB (e.g. holes at their smallest size.)  Therefore, when a part with datum features not at MMB is placed on the gage, it can be adjusted so that the features being measured are closer to nominal.  Since the measured variation is less, the features can have more variation relative to each datum axis or center-plane.

DCS is a quality software provider. This blog delivers tips on using DCS solutions, guides and information about manufacturing quality improvement, Industry 4.0, Tolerance Analysis and SPC processes. Sign up for the DCS Newsletter to get once a month updates on articles, events and webinars.