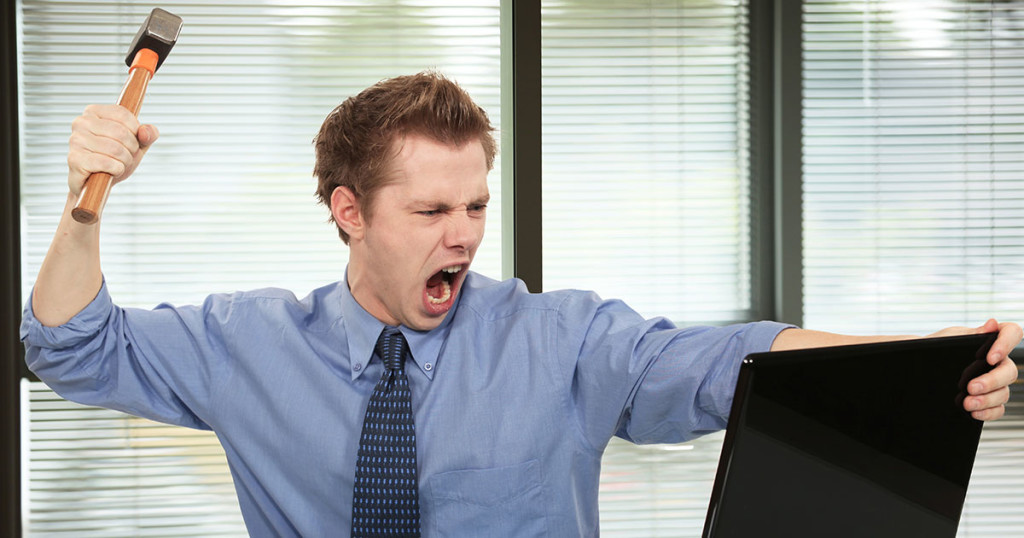 Adopting GD&T as Part of Model Based Definition

Model Based Definition MBD truly shines when used with GD&T, which can be a challenge of itself.

Do You Often Encounter a Stubbornness to Acknowledge the Need for Geometric Dimensioning & Tolerancing GD&T?

Companies acknowledge the need for GD&T, but the real issue, that people like myself encounter, is that the culture does not recognize the need to be formally trained in GD&T. Many companies believe that they can self-train, and I know of one example of someone who can read the standard and understand it and go right to testing and get certified without formal training, but that is the exception not the norm. Going back to the company culture with 15, 20, 30 years of experience and say they have been doing it a certain way for that long and do not want to hear they have been doing it wrong or could be doing it better.

The roadblock with GD&T is just that; tackling the traditional method of manufacturing that has taken root over years.  Take the Department of Defense as an example, who mandated that their suppliers have to use GD&T, but failed to mandate how to use it or that it should be learned from a certified trainer. There was no true requirement to show training or experience, because it was dictated that they had to use it, right or wrong, and not how. This led to its failure to provide a positive impact on the process as a whole. 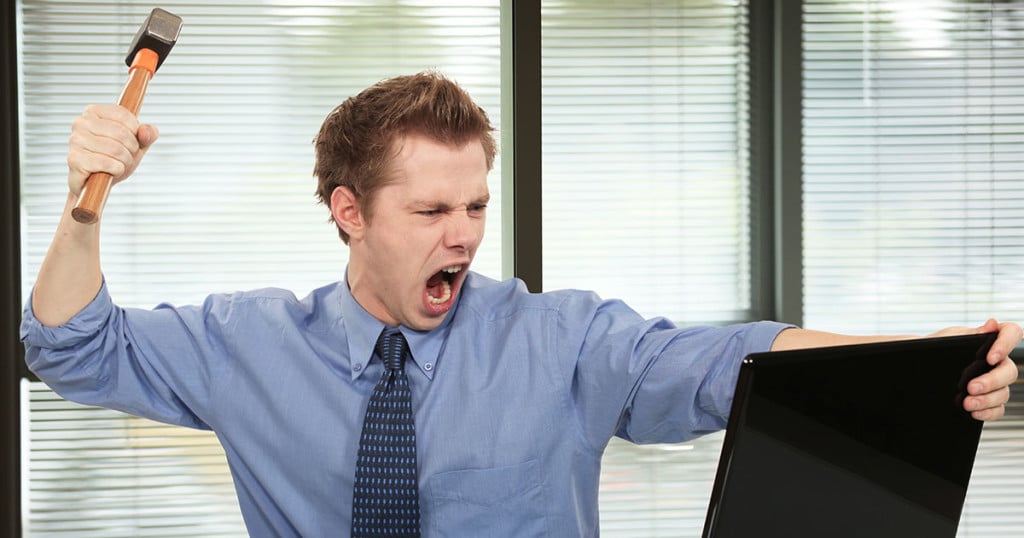 They say, “Do the analysis on how we have it dimensioned, then do it with the way you think it should be done, and we’ll compare it.” So the results they have clearly show a much more favorable design. Yes, true, but that’s sticking your head in the sand. With that mindset, we’re just doing an analysis on the way things are dimensioned that having nothing to do with how they fit or function. So we’re just checking the box, in your design excellence program, that we did an analysis, but it isn’t a very accurate analysis. You know in tolerance analysis if the GD&T isn’t right the analysis isn’t right. Garbage in, garbage out, because tolerance analysis’ primary output is optimized GD&T. If the GD&T doesn’t make any sense for the part, then the optimized version isn’t going to make sense either.

When someone asks me about coming in and helping, there are two things I like to see first: 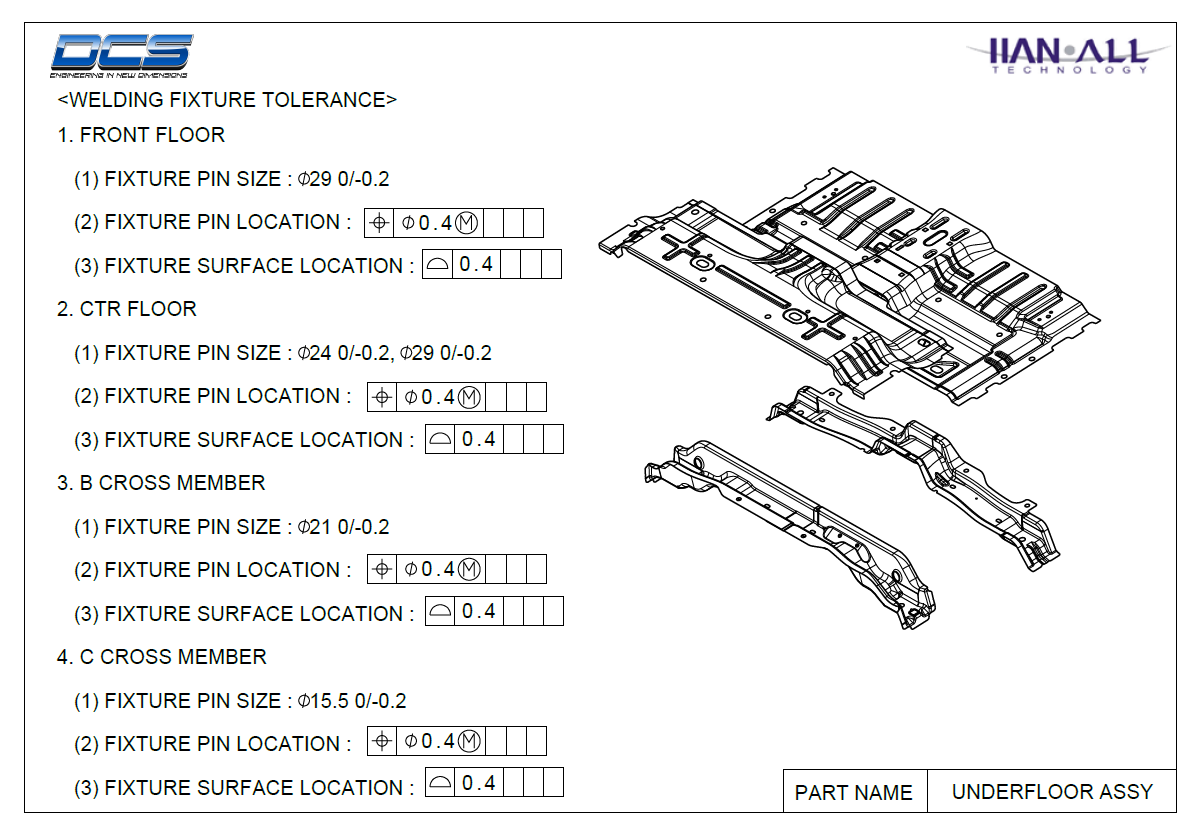 This gives me an idea of what the current situation is. With this, I can determine if they need GD&T training, as some companies apply GD&T well but probably not at the level they could be. They may not be using some of the advanced capabilities of GD&T such as datum features or a datum system.

So, I can see they are pretty good with GD&T, syntactically you’re correct, but the features you chose to constrain degree of freedom are not the ones that actually do it based on what I see in the 3D model. Those companies usually have a company culture that will listen, and where I’ve had greatest success, because they do know enough, they’ve had the training, they’re tried to apply it, they do a pretty good job, but now they just need to get to the next level where it truly represents the fit and function of the parts.

For example, some companies that do a fairly good job on the GD&T, but it is often from a manufacturing or inspection-centric viewpoint, so that the GD&T, inspection wise, will give repeatable measurements, but what you’re measuring isn’t how the part fits into the assembly. Typically, that’s the next step, when someone does a good job with the GD&T but from a very manufacturing or inspection-centric viewpoint, a guy like me comes in and says, ‘you need to get into a product-centric viewpoint. Consider what is the product’s fit and function? What is the product definition?’ That can usually be brought along pretty well using GD&T.

That case is versus one where I open up a drawing and it is all linear dimensions, and I see a couple of tolerances decorated on the drawing along with datum symbols that do not make any sense. I’ll say, ‘look, unless you’re willing to take formal GD&T training, whether through me or someone else, you need the training because if you’re not open to that then there isn’t much I can do to help.’

How I go about resolving these kinds of issues depends on why someone is approaching me. If a company needs help implementing MBD and they need formal GD&T training as well, I recommend they not use me for formal GD&T training as they will start calling that Norm’s GD&T. They will tie it to MBD, and think it is MBD styled GD&T rather than the formal way of doing it. People get very personal about the entire process.

If they get trained by the same person as they deal day in and out on MBD implementation, they get worn out with Norm’s way or the highway. It’s not Norm Standard, its ASME (or ISO) standard, I’m just here to help them learn how to do it. Granted, on the fly GD&T instruction, you take the training anywhere you can get it, so I’m certainly going to help the company improve on its application of GD&T, but it is way easier to do that if they at least understand the basics from training. I partner with a number of companies that specialize in GD&T instruction and training, as they have specific instructors who offer training. Then I get to come in after the training classes have been completed and offer on-the-job training; actually applying the GD&T on their parts, as understanding the academic application and purpose can be a lot different from using it in practice.

When we do 3D tolerance analysis or MBD, we’re digging in deep and looking at every feature, every single degree of freedom. We’re looking at details most people don’t catch. So when we go to talk about degrees of freedom or the sequence of datum features or in a case where 3DCS has a Move called Pattern Move, that’s very helpful, I am able to convey the advantages and disadvantages of various methods. For example, a lot of companies can’t do that pattern move that 3DCS illustrates, and I can see that advantage instantly versus someone else who might think, ‘what does that mean?’ or ‘what’s the difference between me just doing these in order, first, that second and this third?’ 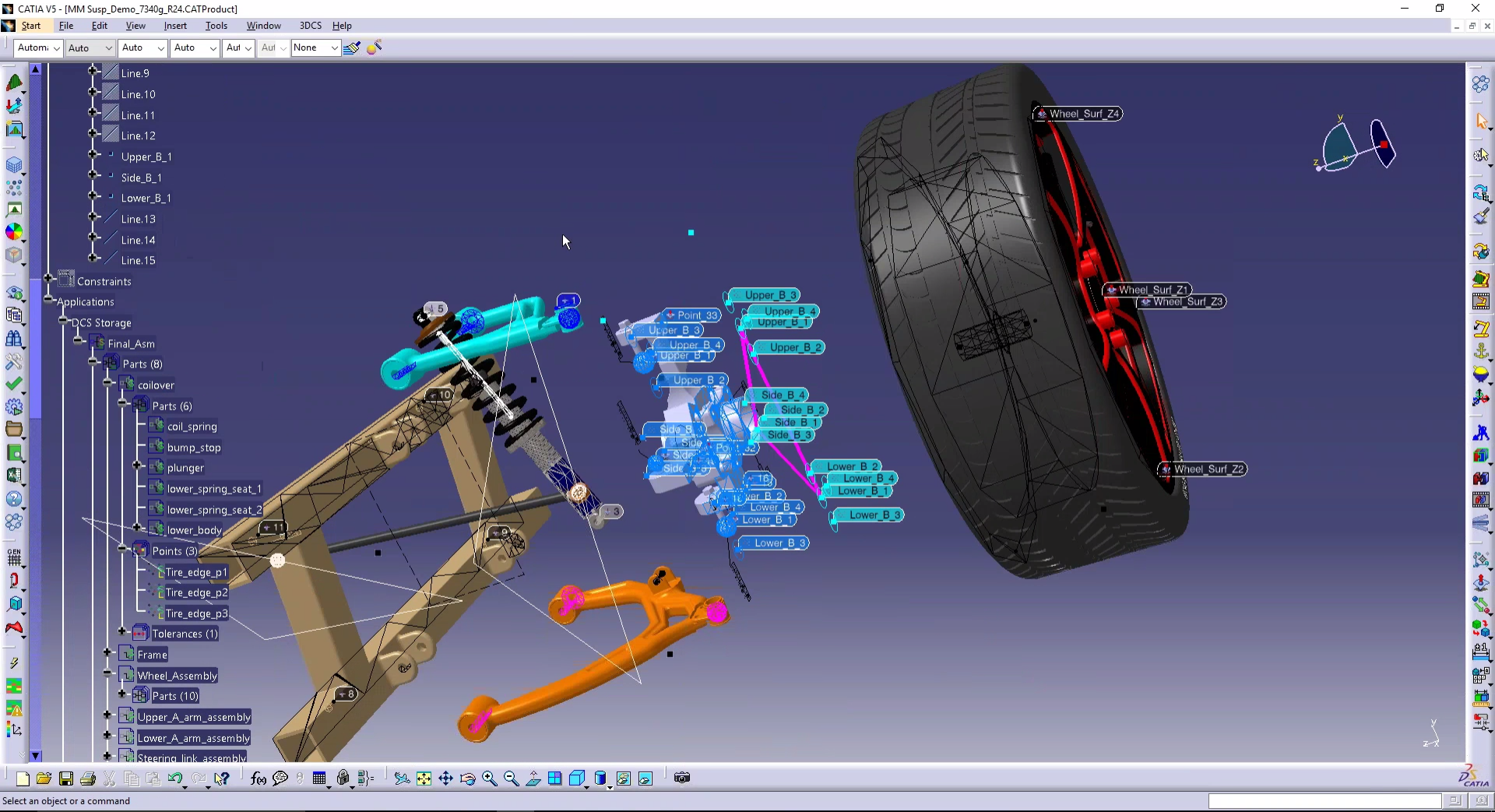 There is a big difference between these methods and more importantly, the results. Knowledge of GD&T helps me improve communication between analysts and the client, so that if, for example, I’m a liason between DCS and a client, and DCS is talking to me about the GD&T and the constraints, and someone says for example,  this datum callout needs to be BAC and not ABC, and let me tell you why. I can hear that and know whether that is right or wrong, and if wrong, I can explain why to the analyst and speak in the language of GD&T and your analyst can say, I don’t know if I fully agree, but they’ll understand the reason. However, what happens so often is that you need to call the client and say, ‘we need to talk about how you have this dimensioned and toleranced.’

Well, you start talking GD&T, and when we say ‘we think you need to do it this way,’ and explain why, the client often doesn’t understand because they don’t understand the language. So not only do you burn up a lot of time, but the client often gets frustrated, and doesn’t like someone telling them how to tolerance their parts and becomes defensive. There is a need to tiptoe and be careful so that everyone understands. So a lack of GD&T understanding  simply complicates the whole process, so that if one person speaks in plus or minus tolerancing and the other is speaking in GD&T, you’re really not going to get anywhere, and that is regardless of whether its MBD or not. 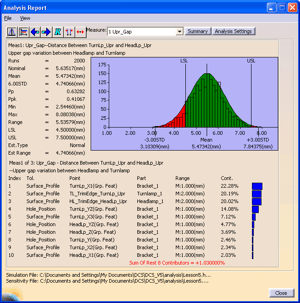 So now you bring in MBD, and the beauty is, and one of the advantages of MBD, when you’re trying to explain the GD&T to someone, and you can utilize a 3D model of the assembly or a single part in dynamic 3D with the annotation on there that highlights the features, and you can show the part in the context of the 3D assembly, and show it in a 3D view, they often understand much better what you are saying as opposed to pointing at section views on a 2D drawing. So the communication tool of MBD in the form an annotated 3D model can really bring GD&T experts and some that may not know GD&T very well, together. It makes that gap much smaller and everyone learns much faster.

Learn how to get started with creating GD&T / PMI in your CAD platform with the Digital GD&T Webinar Series - now On-Demand!