Dimensional Control Systems provides software and services to analyze assemblies before they are manufactured to determine improvements that could save $1 million or more in production.

Manufacturers who want to predict problems with their products before being assembled might want to check in with Dimensional Control Systems (DCS) of Troy, Mich.

“We analyze the assemble-ability of a multi-component product,” says Gary Bell, a senior dimensional analyst who has been with the company since its inception. “For example, a vehicle will have 300 sheet metal parts that have to come together. Once they are together, the hood and doors have to fit. [Automakers] can’t make perfect parts. What our company does with our software, in the computer [simulation] we build cars with imperfect parts to predict where they will have problems on the assembly line.”

“It is often called a digital twin,” says Ben Reese, marketing director. “You can work digitally instead of working on actual products. This lets you test configurations, processes and tolerances with much less prototyping.” 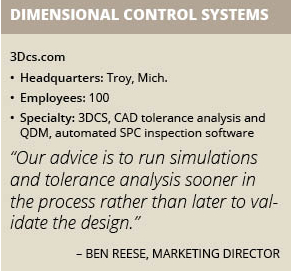 The work of DCS helps clients meet their lean manufacturing goals of minimizing wasted materials and excess time, and generally smoothing out the assembly process. “Our software can be used to test and validate new processes,” Reese explains. “We can validate if a different type of assembly process can be used. In lean manufacturing, companies are trying to make a product that requires fewer separate parts or welds. Our software answers questions such as where are the optimal places to do welds and make sure that reducing the number of welds won’t compromise the product’s structure?”

Adds Bell, “[Manufacturers] want to predict they will meet quality standards before they start production and then have to make an adjustment on the assembly line.” 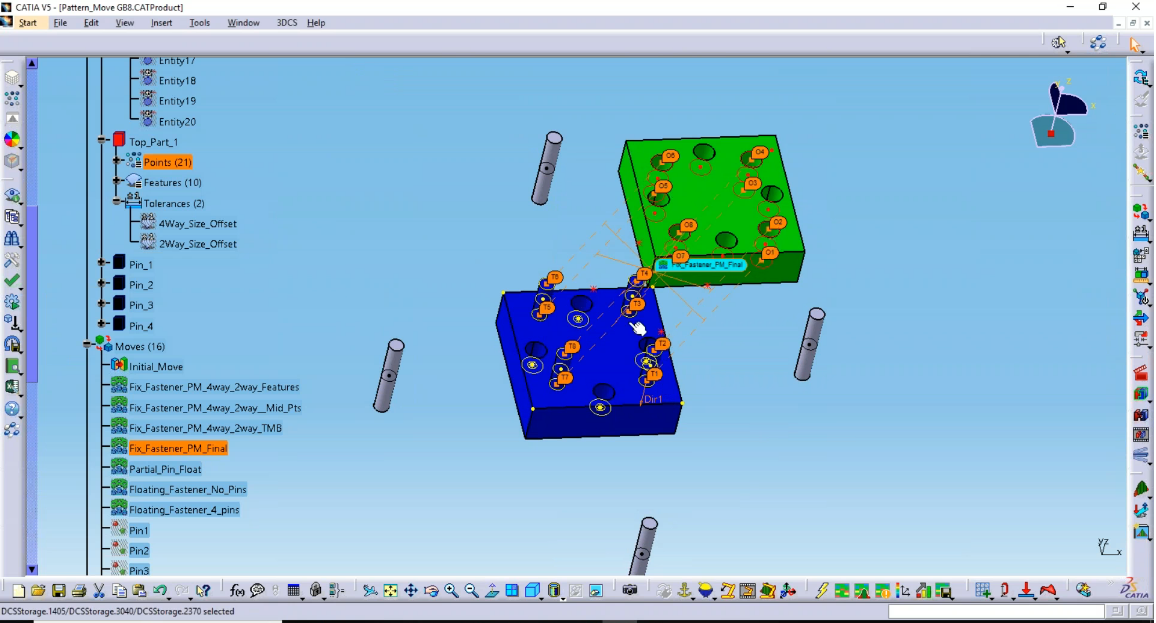 Different manufacturers can benefit from DCS analysis in different ways.

“In the auto industry, if they have errors, they have high-volume errors,” Bell says. “Aircrafts have very low volume but it’s very expensive tooling. When a wing doesn’t fit on an aircraft, that is millions of dollars until they get it to fit.”

“For example, one customer said that he caught an error using our software and made a design change during simulation. He said if they had gone into production, it would have cost $1.2 million to fix the error.”

When DCS first formed, engineers did tolerance analysis on paper.

“When we did it for customers, they had to take our word for it,” Bell says. “That made us decide to create software so they can physically see what the analysis looks like.” As a result, DCS has evolved from a primarily engineering services company that spent 10 percent of its time developing software to a technology company that spends 80 percent of its time developing software. 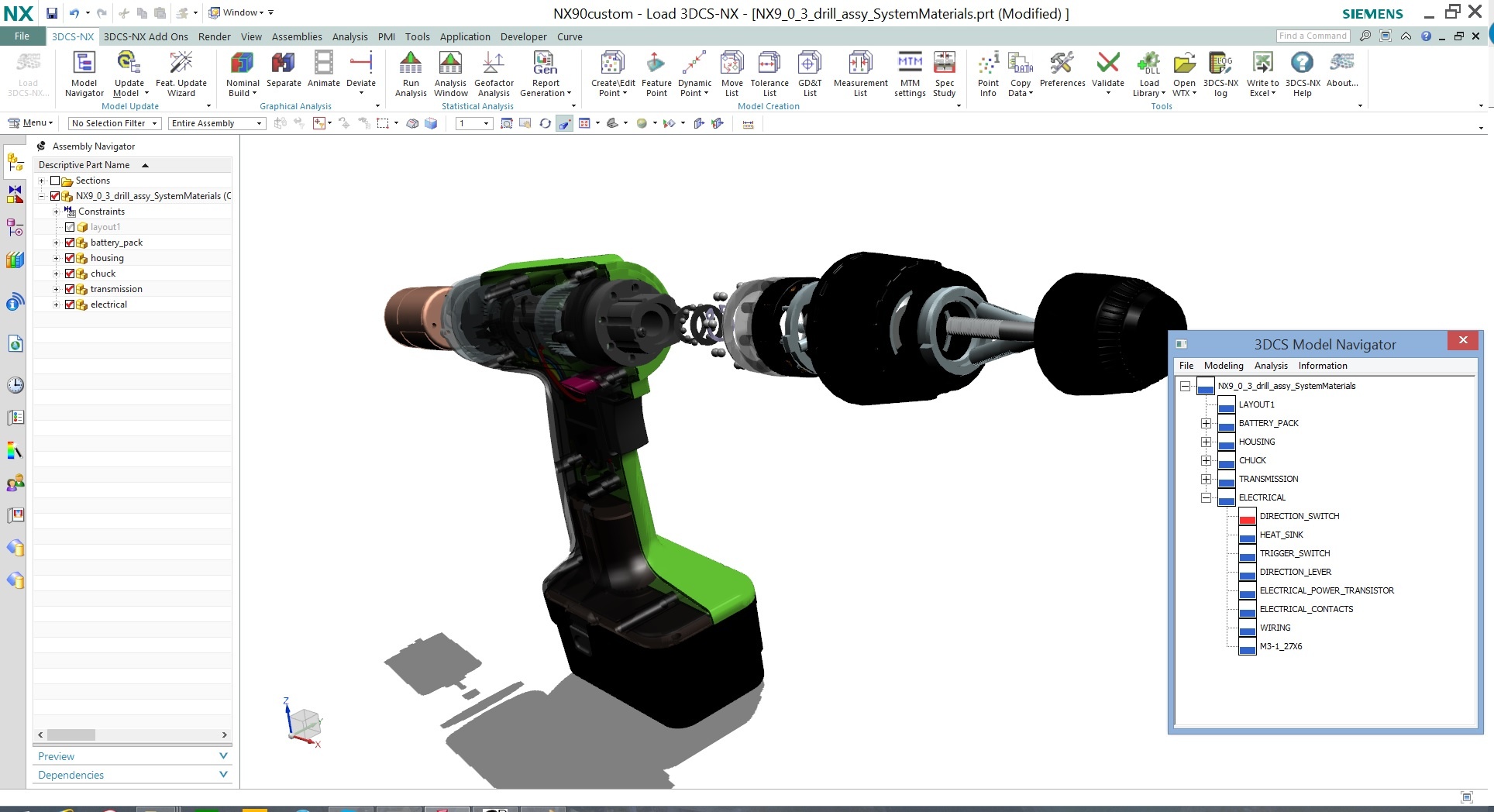 DCS was started in 1995 by two people who previously worked at General Motors. Bob Kaphengst, then a retiree, and John Mathieson, who left GM to help start the company. “We started out mainly automotive,” Bell says. “Then we became 50-50 with aircrafts and aerospace. Now we’re moving more and more into electronics and medical devices.”

Over the years, client attitudes have changed regarding tolerance analysis.

“The industry used to do analysis when they had problems,” Bell says. “That has changed. They do a lot more tolerance analysis earlier in the process. That’s good for us. The only issue is that the development cycles of a product are constantly being squeezed. You get less and less time on a product. They are realizing they have to do tolerance analysis anyway.”

“Our advice is to do it sooner in the process rather than later to validate the design,” Reese says. “A lot of companies do it so late in the process, it’s too late to make changes.” 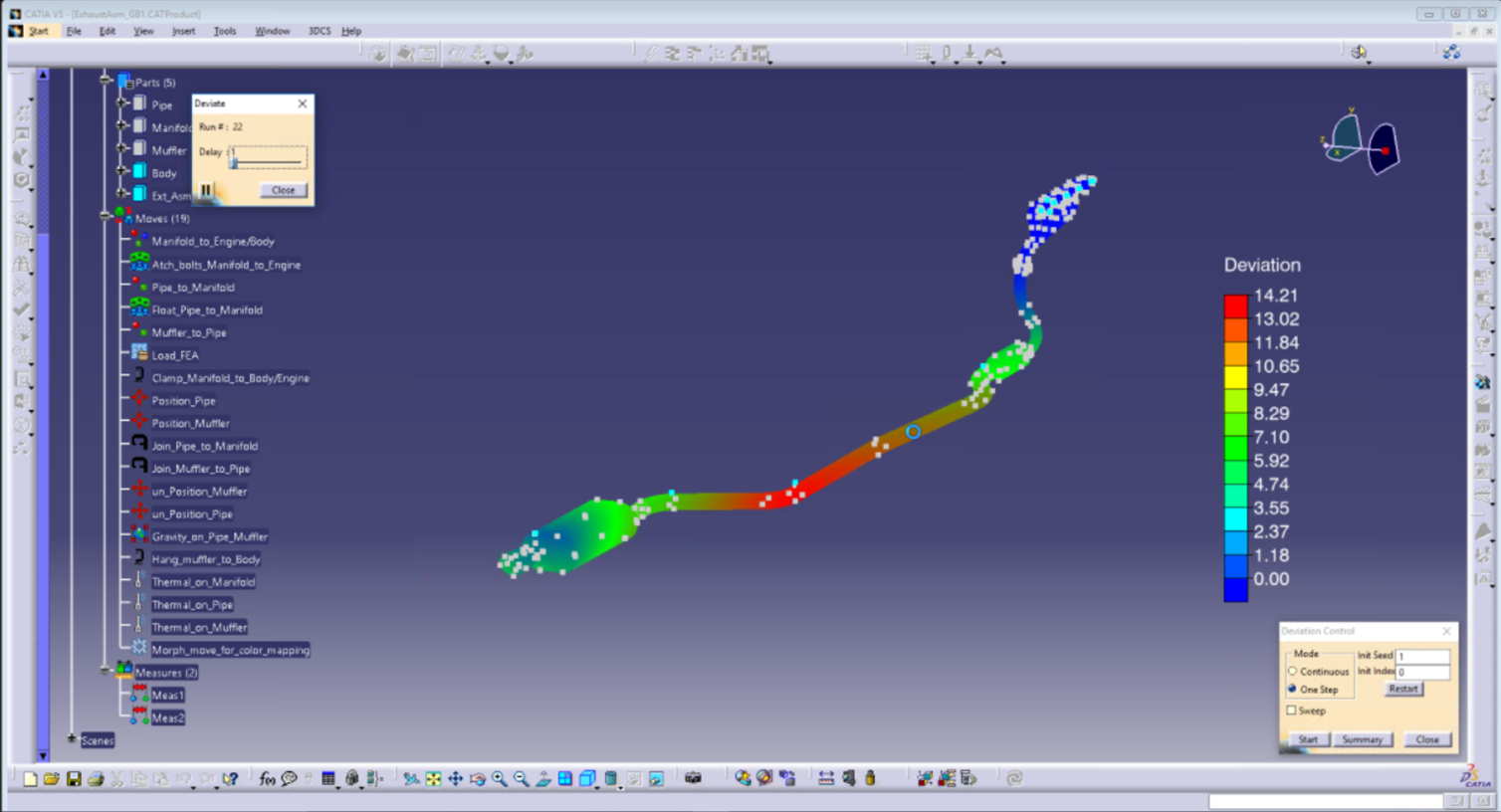 The industry trend is to perform more and more digital optimization. “The whole design is in the computer,” Bell says. “The part tolerances, the location methods for the part, the welding sequence. The more you can do in the computer, the less you have to do when you get onto the assembly line.”

And that saves money.

Bell estimates that to construct a prototype of a vehicle costs about $1 million, a cost auto manufactures would rather avoid. “The only prototypes they build are to smash it [for safety testing],” he says. “All the other reasons they used to build prototypes, they now build in a computer.”

A challenge for DCS is to continue to make its software more accurate while making sure it also is accessible to its customers.

“The customers want more and more accuracy,” Bell continues. “They don’t understand this is a predictive tool. They want it to tell them exactly what will happen. To make our software more accurate, it becomes more complicated for the user and [computer] processing time goes up. We’re always working to make our software easier to use and faster.”

Reese adds, “3DCS software is now into the high 90th percentile when it comes to accuracy compared to the actual as-built products and is only going to improve moving forward.”

To help the users of its software, DCS hosts monthly webinars. The company is in the midst of a series of webinars that started in September 2018 and will run through May 2019. “A lot of engineers are not familiar with what to do with this [software],” Reese says. “They are just told to do it. We, in turn, try to provide as many resources as possible to help them learn and apply our solutions to achieve their objectives. We also offer on-call tech support, mentoring, training and Q&A forums.”

Manufacturers who prefer to discover difficulties with their products before being assembled may find more information about Dimensional Control Systems at www.3dcs.com.