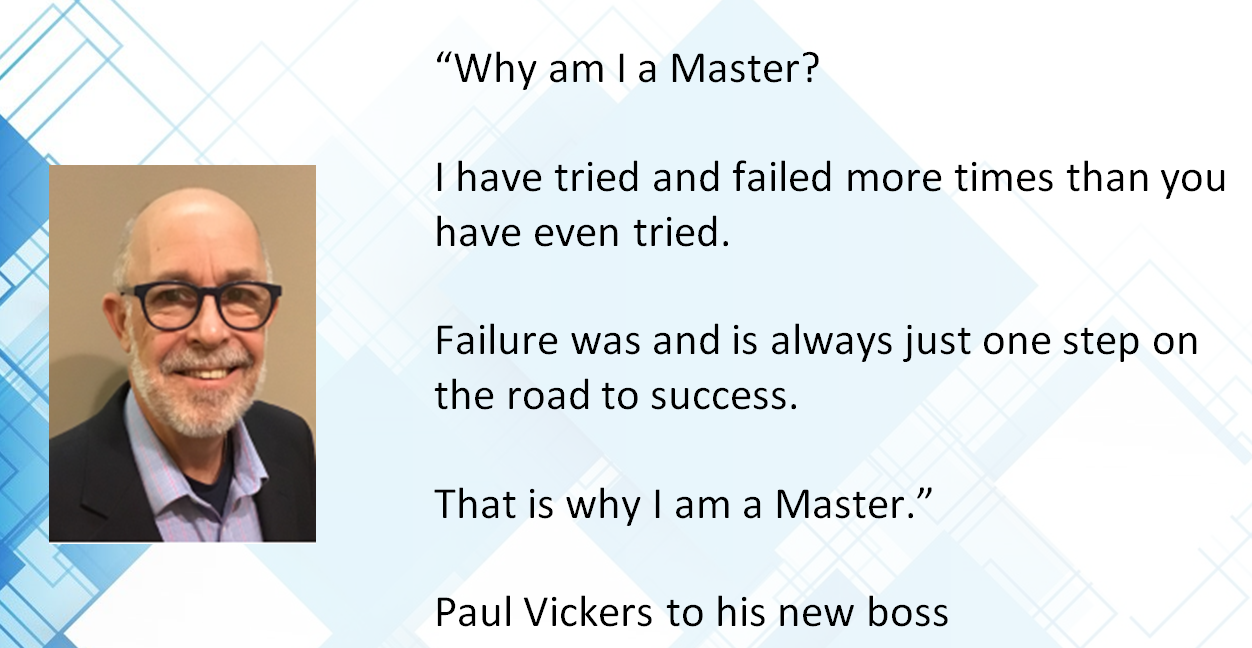 7 Habits of The Highly Effective Engineer Part 2 - Be Proactive - Don't be afraid to fail, but when you do, do it fast (and cheap!)

7 Habits of The Highly Effective Engineer Part 2 - Be Proactive

Don't be afraid to fail, but when you do, do it fast (and cheap!)

Did you miss Part 1? You can FIND IT HERE

This is one of my favorite quotes. It is from Michael Jordan, the all-time great basketball player. Unfortunately, I'm from Detroit,  but we had some great battles between the Pistons and the Bulls. You just have to respect this guy.

I love this quote because it really talks about the topic at hand of being proactive. Being Proactive is; let's have some motion, let's do something. What stops most people from moving forward is that they are afraid to fail.

Be Proactive - Don’t Be Afraid to Fail--but fail fast!

What I want to do is create momentum and show progress. Using the acronym TNT -today not tomorrow. Another great acronym I learned from another leader whose shoulders I stand upon. Remember, progress isn't always a straight line. How many times did Edison fail before creating the light bulb?

So remember to just keep creating momentum and progress.

One of the tools I use to show progress is a solution tree. Another great tool I borrowed from The Red X. It includes possible solutions for a problem. As we go through and test them, we are able to cross out the ones that failed.

So you see here, I have a solution tree with a lot of non-solutions which are crossed out with a red X.

With this, we are searching for what the solution is. As we go, we are making progress as we show what it is not.

I had a boss once who didn't like that. He said,

I don't see you getting a solution. I see a lot of nots. I don't see why the chief engineer likes this so much.

My point was that I showed more progress in a week of what it's not than they did in two months of talking about it. The thing was, I wasn't afraid to fail. I just went out and got data and determined; it can't be material, it can't be handling, it can't be this.

While we are excluding items, we are honing in on what the final solution is.

So just remember, don't be afraid to take risks. Failure is progress, and a failure is a learning moment. Frequently by gathering data you will learn some new things to guide you where you are going.

So make sure that if you do fail, do it fast, and don't slow down. As I went through and tested any one of these possible solutions, I knew where I was going to go based on what answer I received. If yes, I knew it meant this path, and if no, it meant that path.

So I just kept moving quickly and efficiently towards a final solution.

And it was interesting. As I told you about my boss, he said, I just don't get it.

As I told you (in part 1), I was the leader for the Design for Six Sigma Initiative at General Motors, globally. If you wanted to be a Master Black Belt, you had to go through me.

This young gentleman who was my director, new to his position in executive leadership, said,

What makes you the master? All I see are a lot of no solutions.

You're just looking at it wrong. I'm a master because I've tried and failed more times than you've tried. Failure was and is always just one step on the road to success. That's why I'm the master.  I understand that I don't make mistakes twice, but I'm willing to make them, and willing to move quickly.

When we got done with that program, because we worked quickly where nobody was afraid to gather data, and it was okay if you were wrong as long as you moved quickly, we had started solving problems at a rate they had never experienced before.

Listen to this article from the DCS GTC Presentation

Previous Story
← 7 Habits of The Highly Effective Engineer Part 1 - What Are They?
Next Story
A Day in the Life of a Software Engineering Manager →