3D Simulation and CAD, It All Began Somewhere 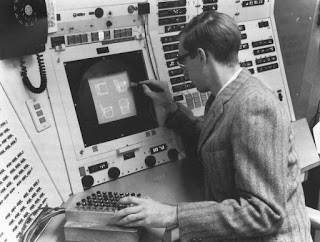 If you’re an engineering professional, it’s likely that you've at least heard of Sketchpad, the computer program that helped pave the way to where CAD systems and computer graphics are today. But have you really taken the time to consider the system? To wonder what it was like to use such a resource? Especially if you’re someone who uses CAD regularly, understanding what Sketchpad had to offer can, at the least, make you appreciate your current resources.

First, since it’s fair to assume that most of you who are familiar with the Sketchpad name have not revisited its history since college, here are the basics: Ivan Sutherland developed Sketchpad during his doctoral thesis in 1963. He did so on a TX-2 computer in an MIT laboratory. Then, in 1988, Sutherland actually won a Turing Award for his contributions to computer graphics, starting with Sketchpad. 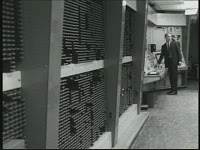 The TX-2 In All Its Glory

Now, Sketchpad’s significance: Sutherland’s thesis was reprinted in 1980 under the title “Sketchpad: A Man Machine Graphical Communication System.” And a graphical communication system it was. Sketchpad helped to change how people interacted with computers, existing as one of the first graphical user interfaces. Through it, users could actually use a light pen (a predecessor of the mouse) to point and interact with objects on the screen.

In terms of user-machine communication, here are some of Sketchpad’s most significant breakthroughs, as written by Cadazz.com: 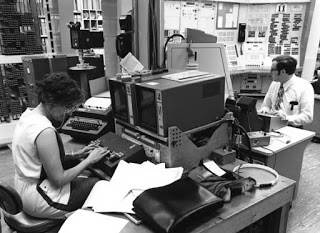 Because Sketchpad had limited distribution, it influenced technology mostly in terms of the ideas that came from it. We all can be thankful that people did, in fact, move forward with those ideas, along with all of the other technological advancements that have taken place since then. Otherwise, we might be relying on light pens to draw today’s designs. Remembering this should provide some silver lining in even the worst of workdays.

To see Ivan Sutherland’s thesis, which was reprinted again in 2003 and used as a source for this blog post, click here.