Using Datum Targets When Modeling in 3D CAD and CATIA

Most times, the use of datum targets is dependent on where and how a component is used. If functional requirements allow using either whole datum features or datum targets, the manufacturing and inspection costs should be considered. See Figure 1(a-b) for an example. When datum targets are used, extra tooling is required to calibrate the datum target positions. 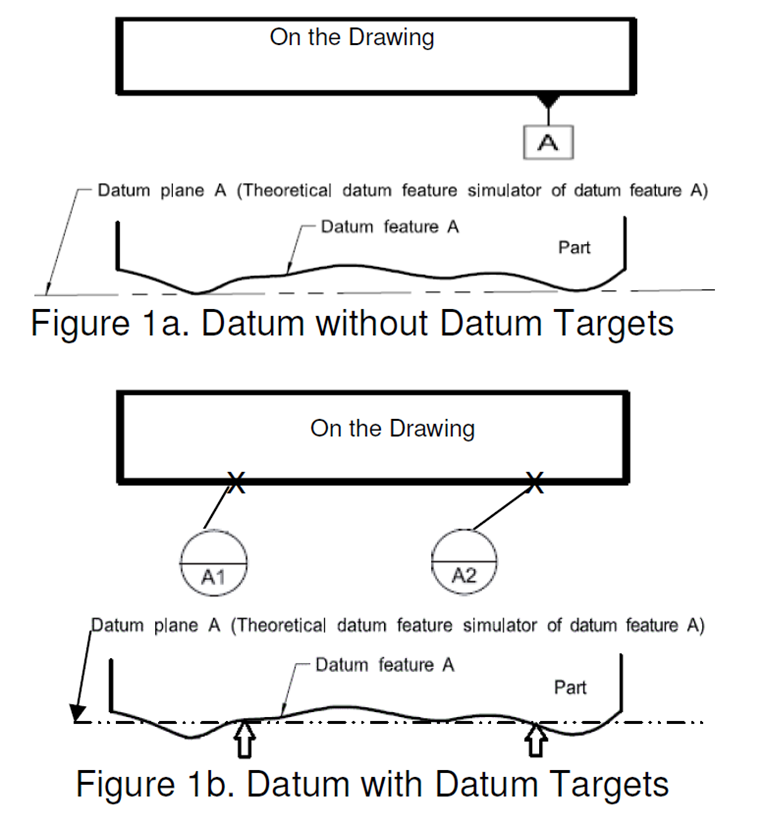 When to Use Datum Targets

There are certain cases where datum targets are preferred.

(D1) When a datum feature is complex

Datum targets are preferred when a potential datum feature has a complex or irregular shape. An example is shown in Figure 2 [ASME Y14.5-2009, P90]. In this case, datum targets avoid uncertainty during manufacturing, assembly, and inspection.

(D2) When a datum feature is uneven

A typical scenario is that some manufacturing processes, such as casting, forging, or welding, could produce uneven features, as shown in Figure 3 [Paul Drake, ‘Dimensioning and Tolerancing Handbook, 1999, 5-90]. In this case, using datum targets can improve the datum repeatability. 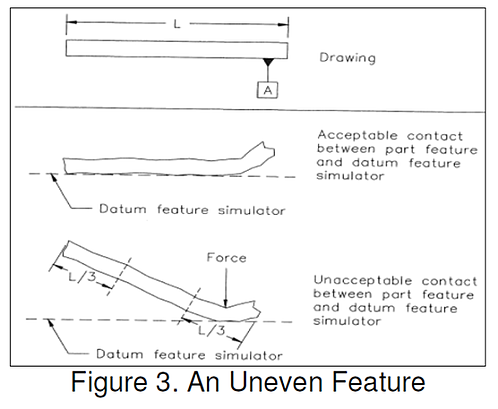 An example is an automotive hood shown in Figure 4. The hood has an influential surface that is non-planar. To establish datums for the hood, datum targets are the easiest and least expensive solution. Multiple targets, at least four, are needed since the hood part is deformable. 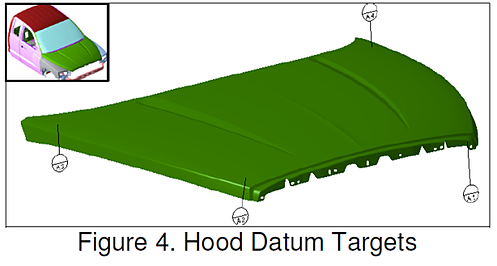 Sometimes using an entire feature as a datum is not necessary because of the functional requirement, see Figure 5 for an example [ASME Y14.5-2009, P88]. In this case, it is better to use datum targets to specify the functional portion of the feature. 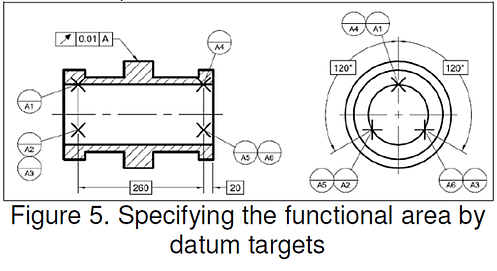 (D5) When stepped surfaces are used as a datum feature

Datum targets are preferred when establishing a datum from stepped surfaces. An example is shown in Figure 6. 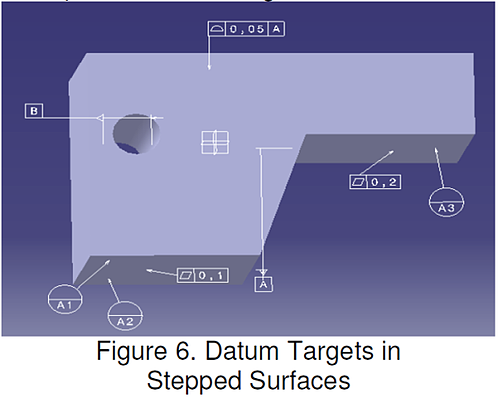